When I found out I could choose my own title at Mozilla I was ecstatic.

Of course coming up with a good one is another matter, I thought about it for days and days…

I thought about my “newbie” place at Mozilla and dredged my unconscious memory of all of the movies I had ever seen and chose the title: “Civilian Observer“.

Folks who have seen my business card are aghast – “What the hell does that mean?”

Surely you remember the 1980 movie “The Final Countdown” starring none other than Martin Sheen? (For my millennial readers, that is Charlie Sheen’s old man). His role was that of “Civilian Observer” on board the USS Nimitz.

In 1980, the supercarrier USS Nimitz (CVN 68) takes on a civilian observer, Warren Lasky (Martin Sheen), at the orders of his reclusive and mysterious employer, Mr. Tideman (who helped design much of the ship), just before it departs Pearl Harbor for a training mission in the Pacific Ocean. Out in the Pacific, the ship encounters a strange storm-like vortex which disappears after the ship passes through it.

Naturally, I am not going to spoil it for you, but the Civilian Observer helps try and figure out alternative ideas for the strange place the ship finds itself in.

In working on open source or free software, you know there is a lot at stake. I feel like all of us are observing the growth of the internet and with it the growth of attempts at curtailing the power that this computer network gives us. We are seeing more and more of the growth of surveillance technology, some of which is created in Silicon Valley – technology that is used to prevent and record private communication, help identify and  round up and torture or kill dissidents all over the world.

The battle for the Web and the Internet is a full on war. It will always be that way. The issues of privacy vs. surveillance, open or closed software stacks and walled gardens are here to stay. We must be vigilant and we must create tools that fight and overturn the impulse to control or subordinate and use people and networks of people.

I have felt like the “Civilian Observer” since before I started at Mozilla, its just become more pronounced in the past few years. Take for instance, a smattering of my Twitter feed – tweets and links selected in the past day, mere hours:

Sometimes these tweets pop up right after one another:

These tools deployed on a mass scale essentially turn the Internet into a surveillance system.

We need more Countermeasures for this.

Firefox is one of these countermeasures, without it we would really be in a world of pain. I cannot even imagine how craptastic the net would be without Firefox.

Mozilla’s Boot2Gecko project is also a countermeasure. If we pull this off, it will truly be a Coup d’état in the mobile device space. The goal: building mobile phone apps from HTML, JavaScript and CSS! That is the way it should be.

Deuxdrop is another project in Mozilla labs trying to create a secure messaging system – I have high hopes for it. Again, these are the kinds of tools that need more focus.

I have been working on DOMCrypt for a few years now. DOMCrypt provides a Cryptography API in web pages, making it trivial and fast to encrypt data that may be part of a message to another web user or data that should stay private while stored in LocalStorage (amoung many other use cases). I am proud to say we have implementation bugs and plans lined up for both Gecko and WebKit. The W3C is using the API as the strawman proposal for the Web Cryptography Working Group. Web developers will be able to use strong and fast crypto via a DOM API. Exciting stuff.

Web developers are way out in front on this issue – there are several crypto libraries for JavaScript out in the wild, and developers are using them to push the envelop in web apps.

This is great stuff, but we need safer, built-in crypto APIs for browsers to provide a foolproof way to use crypto in the browser, not to mention the speed boost you get when calling native code APIs vs. native JavaScript functions. The other thing we need are new ways to communicate. The Web has won as the default communication channel and developers need to be able to write apps that allow people to communicate without sharing the conversation with a 3rd party.

Not sharing data with a 3rd party is the key issue. This concept destroys a lot of business models, well, one business model – the one everyone seems to think will work long term. I doubt that. Here’s a business model you can try: make a cool product and charge people a small fee to use it while simultaneously preserving their privacy. Novel, isn’t it?

What can you do to help? You can demand privacy and security be a feature of the products you use, not an afterthought. You can help test or help develop “countermeasure” applications.

I hope the future will bring a slew applications and startups that trumpet privacy and security enhanced applications. I hope web developers begin to think about more creative uses of their talents than online coupons and advertising-funded social media. The future of online privacy and security is both bright and bleak. Bright in that we have the CPU power, talent and base algorithms sitting right in front of us. It may seem bleak if you think no one cares about privacy or there is no ‘free lunch/free beer’ business model.

Another thing you can do is support organizations that are “watching the watchers”, the EFF, Privacy International and others. A great resource for this is privacy.org. 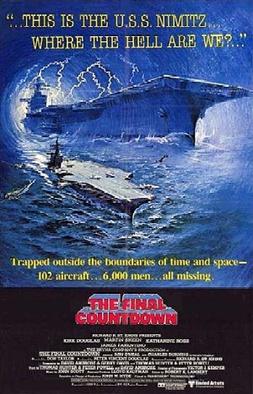