I recently attended MozCamp Asia in Kuala Lumpur, Malaysia. It was a pretty fun and amazing experience. Meeting Mozilla contributors from all over Asia was of course, the highlight of the trip. 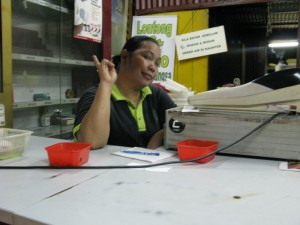 I did a talk at the conference called “From Web Developer to Firefox Hacker“.  There were a number of web developers at the conference and I wanted to convey to them that their skills are relevant to hacking on Firefox itself. Lowering the bar to hacking on Firefox is hard to do – and technical, patch-creating contributors are very important to the project. Someone who comes into the community as a newbie from a talk or workshop like this, this year, may become a rockstar next year, you never know.

The questions I kept asking myself in putting together this presentation were “How to start?”,  “Am I covering X or Y in sufficient detail?”,  “Am I scaring potential contributors with too much detail about the Mozilla process?”, and “Did I forget anything important?” There is just so much detail to cover.

A realization dawned on me while putting together these slides: our documentation is very well done at this point. I was impressed with a lot of new MDN content I linked to that did not exist when I started 3 years ago. Slowly we are chipping away at making technical contribution easier. Perhaps what we need are a few more “starting point” type documents, presentations and workshops to kick off a slew of new patches, no matter how small. 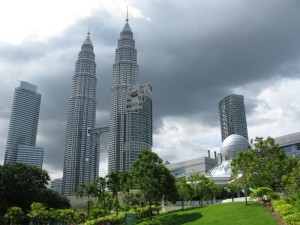 The talk went well.  A few new folks pinged me on irc in the days after, and I was invited to Taipei to give the talk as an in-depth workshop. A Chinese translation was also discussed.

Now is as good a time as ever for technical contributors to learn our process and contribute to Firefox. It may not be easy, but it is easier than ever:)

This week I attended the W3C annual meeting known as “TPAC” in Santa Clara. I went to discuss the possible formation of a “Web Identity Working Group” to begin the process of possibly standardizing Identity APIs and protocols, of which DOMCrypt was acting as a straw man proposal for a DOM/JS Crypto API.

The short story is that “Web Identity” APIs and protocols are still very much in an R&D phase and while incredibly important, there was not much agreement between interested parties on what to begin working on.

A high-level, hard-to-muck-up, asynchronous crypto API, on the other hand, had massive support from almost all of the interested parties involved. In the end, a “Web Cryptography Working Group” is being established, and I have thrown my hat into the ring as an “editor candidate”.

One of the first tasks is to clearly define what is “in scope”, “out of scope” and what features can be considered part of a potential “road map”. The starting point for this API will have to be a bit narrow, with no UI-based features so we can establish core functionality without too much complexity.

The current charter is here: http://www.w3.org/wiki/IdentityCharter#Web_Cryptography_Working_Group_Charter (I have a feeling this url will change soon)

This is pretty exciting stuff. I met with a whole lot of folks from Microsoft, Google, Apple, Netflix and other companies that have many potential use cases. We need to collect as many use cases as possible in order to understand the most common uses so the first iteration will provide the best capabilities. If you have a use case in mind, do not hesitate to send it to me (ddahl + at + mozilla dot com) or the w3 mailing list, public-webcrypto@w3.org (which is yet to be set up).